The California wildfires have seriously brought havoc and devastation to so many people, but for Steven and Jeaneane the fires forced them to change their elopement plans from Santa Barbara to Palm Springs. However, a last minute change in plans due to the fires did not reduce the enthusiasm that these two had for their Palm Springs wedding at the historic Casa De Monte Vista. And that is all you can really do in life: stay positive and enthusiastic. Because if life hands you wildfires just head to the desert for cold cocktails and good times! And lets be honest, most plans that end in cocktails and a little pool time are usually solid plans.

We started the day off at Casa De Monte Vista (the location of the wedding) before heading off to snap some photos in the desert, at Moorten’s Botanical Gardens and finally in the city for a must-have shot Jeaneane wanted. For the wedding, Jeaneane had her son walk her down the aisle and the only guests were the parents of the bride and groom. The entire wedding day was relaxed and filled with that good mellow energy that keeps a smile on your face. Below are a handful of photos from Steven and Jeaneane’s Palm Springs wedding at Casa De Monte Vista. Cheers! 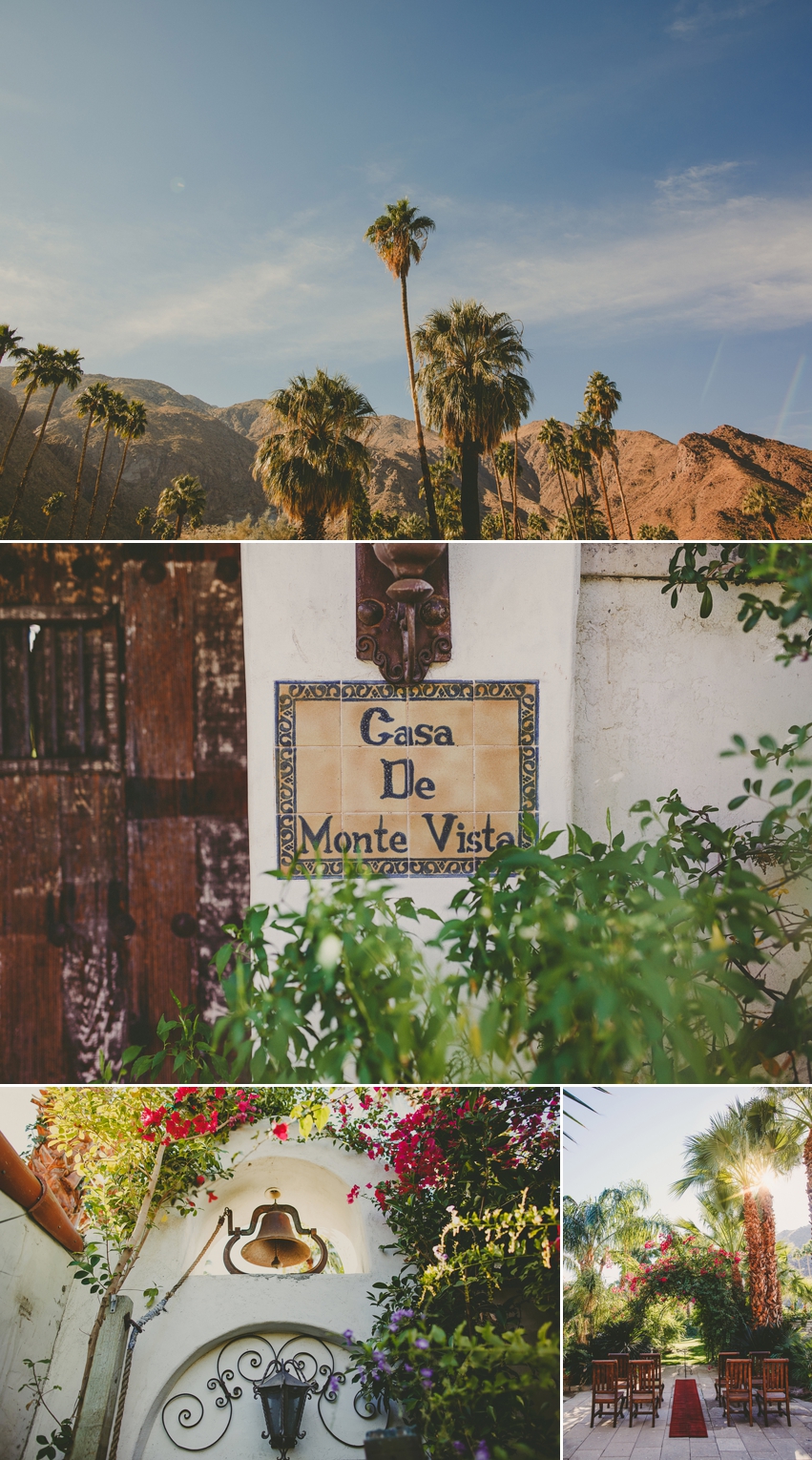 After the wedding ceremony at Casa De Monte Vista and a short photo session in the desert we headed over to Moorten’s Botanical Garden. Once we snapped a couple photos at Moorten’s Botanical Garden, Jeaneane changed out of her wedding dress and into a more fun second dress. My favorite moment from the Palm Springs elopement was when Jeaneane came around the corner and surprised Steven in the second dress because ohhhh man his eyes looked like they were going to pop out of his head. I just love those real moments and looks that you can’t pose or fake.

So Steven and Jeaneane’s elopement at Casa De Monte Vista was probably one of the hardest weddings I ever had to photograph. This was because the day of their wedding I woke up with a 102.9 fever and felt like I had the gnarliest of gnarly flus. I totally felt like death. But I took some Advil, drank a large iced green tea and headed off to shoot because that is what champions do! Wedding photographers can’t call in sick so we show up, no matter how we feel, kick ass, take awesome photos and make no excuses. But in all seriousness I would never wish that feeling upon anyone. I also barfed on myself on the drive home lol.

Those interested in viewing more Palm Springs weddings can check out Brendan and Becc’s elopement at Ace Hotel, or Darryl and Noelle’s small wedding at Moorten’s Botanical Gardens!