“My name is Brendan from Sydney, Australia. I’m writing to you because my girlfriend and I are eloping in Palm Springs, California in April next year. We have already booked tickets, accommodation and an officiant/planner. We are now looking to book a wedding photographer and are hoping you are available on 4/11/17. I also wanted to add I think you are a very handsome man with the arms of Russian bear.”

That was the email I received from Brendan one random night in December when I was at my desk, editing photos and drinking Scotch. Okay so I totally added that last sentence but everything before that was completely true! After quickly checking my schedule, I responded, “F***YEAH!” That was my subtle way of letting him know I was both available and most likely intoxicated (Don’t judge me I work late and like to party), but I assume he figured that out when my response also included a bunch cliche Australian references such as rugby, vegemite sandwiches and Men At Work’s one-hit wonder, “Land Down Under”. Thankfully, I didn’t scare Brendan away because last week I photographed him and Bec in Palm Springs, California for their elopement and the images came out dy-no-mite!

Brendan and Bec flew in from Sydney to Los Angeles and then headed over to Ace Hotel in Palm Springs for their wedding in the desert. I met up with Brendan and Bec at the Ace before we headed over to the Amigo Room on property for some pre-game drinks. Now I had zero intention of drinking that Tuesday and was actually planning on going to the gym after the wedding, but the moment Brendan asked me if I wanted a beer it was like I became a new guy. A guy who wanted to partake in the festivities, take awesome photos and generally have a good time. So I called for an audible. OMAHA! After an IPA for myself, watermelon margarita for Bec and the standard man drink for Brendan, we snapped some photos around Ace Hotel then jetted over to The Saguaro before meeting the wedding officiant in the desert near the Palm Springs Visitor’s Center. The wedding vows were heartfelt, weather was perfect and the entire day was amazing. I really could not have asked for two more awesome people to photograph. So go grab yourself a nice glass of something yummy and enjoy this Palm Springs elopement featuring Brendan and Bec. Cheers! 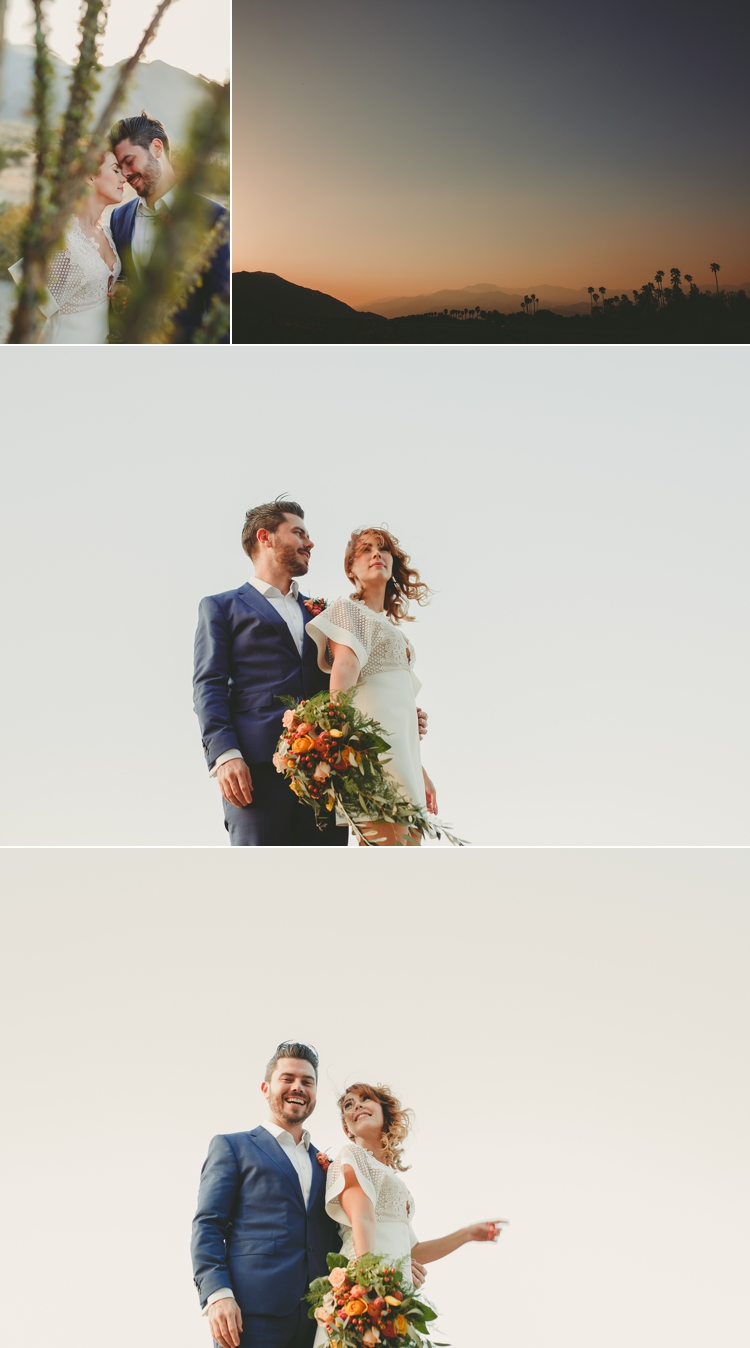 All photos were captured at Ace Hotel & Swim Club, The Saguaro, Palm Springs visitor’s center and surrounding areas by Palm Springs wedding photographer Ryan Horban. Wedding photography coverage was 3 hours of kick ass awesomeness! Once again, I want to give a huge CONGRATS to Brendan and Bcc! I absolutely loved spending the day with you both, sharing laughs, beers, inappropriate jokes and many fantastic moments. It was an amazing day, and I hope we cross paths in Sydney or maybe in Southern California in the future! Cheers mates! Don’t forget your sunnies!