Energy. I am all about energy. Specifically, the good vibes you feel for whatever cosmic reason when you meet or talk with someone who is on the same wave as you. That was the feeling I received the moment I began chatting with Frank and Terrie about their plans to elope in Palm Springs. These two love eagles planned to come out to Palm Springs on New Year’s Eve, drink champagne, and get married in a  outdoor ceremony surrounded by nature. And honestly, the universe really saved the best for last because on the final day of 2018 Terrie and Frank’s wedding ceremony rejuvenated my spirit and passion for photography. So I have to extend a huge “THANK YOU” to them for that. I loved everything about these two people and this day. Below are a handful of photos from Frank and Terrie’s elopement in Palm Springs.

Side note: this was the first Palm Springs wedding I have shot where I needed to wear a jacket because it was so cold. 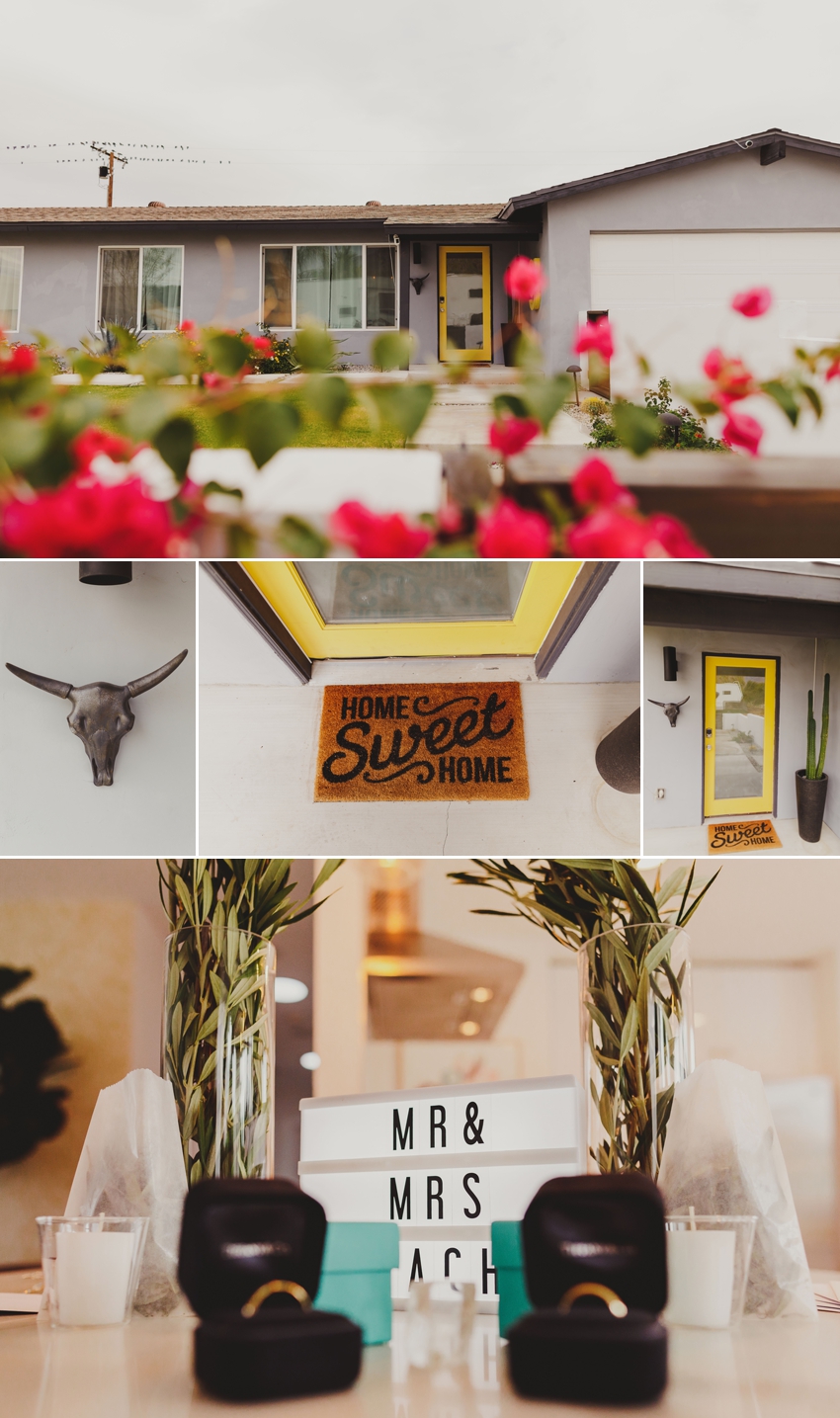 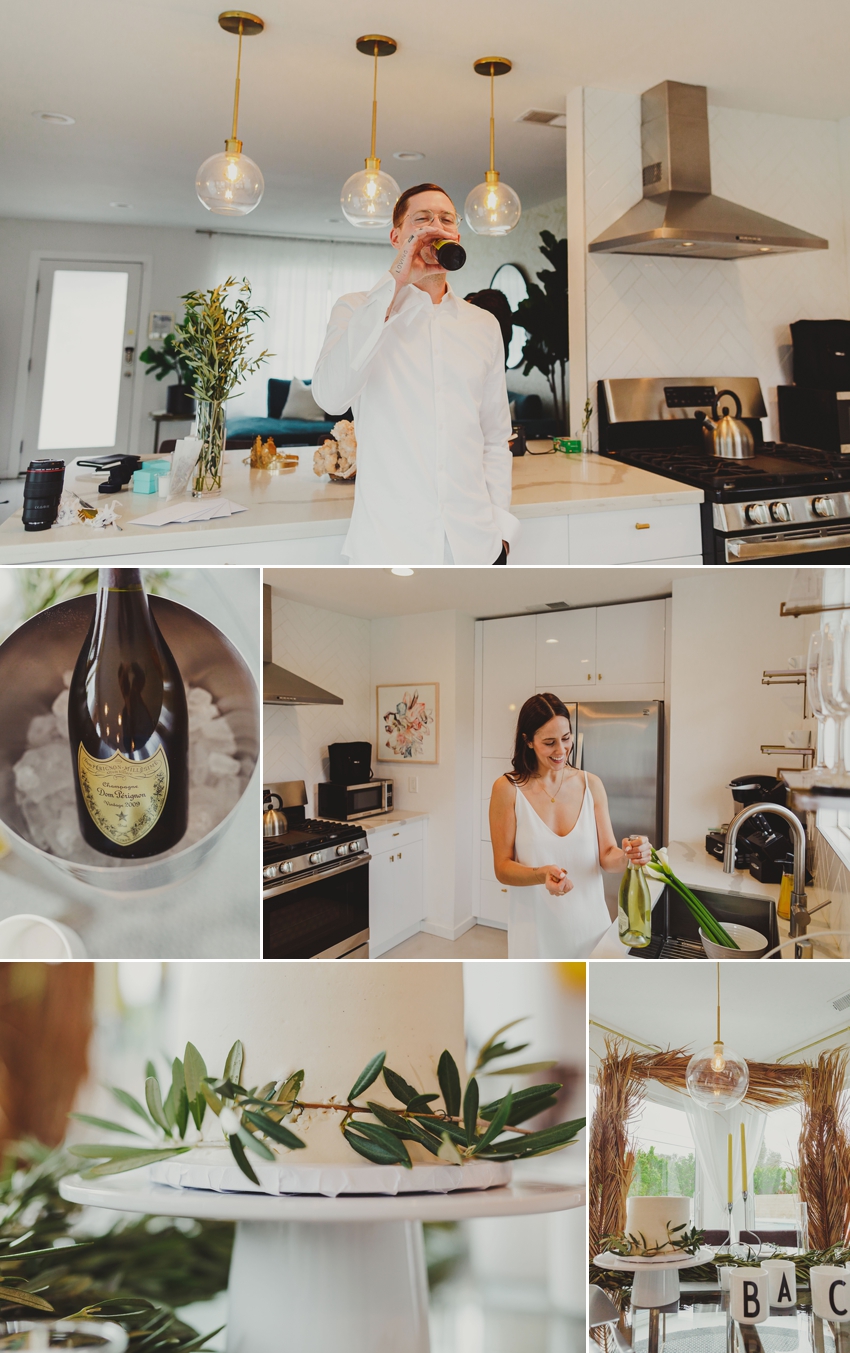 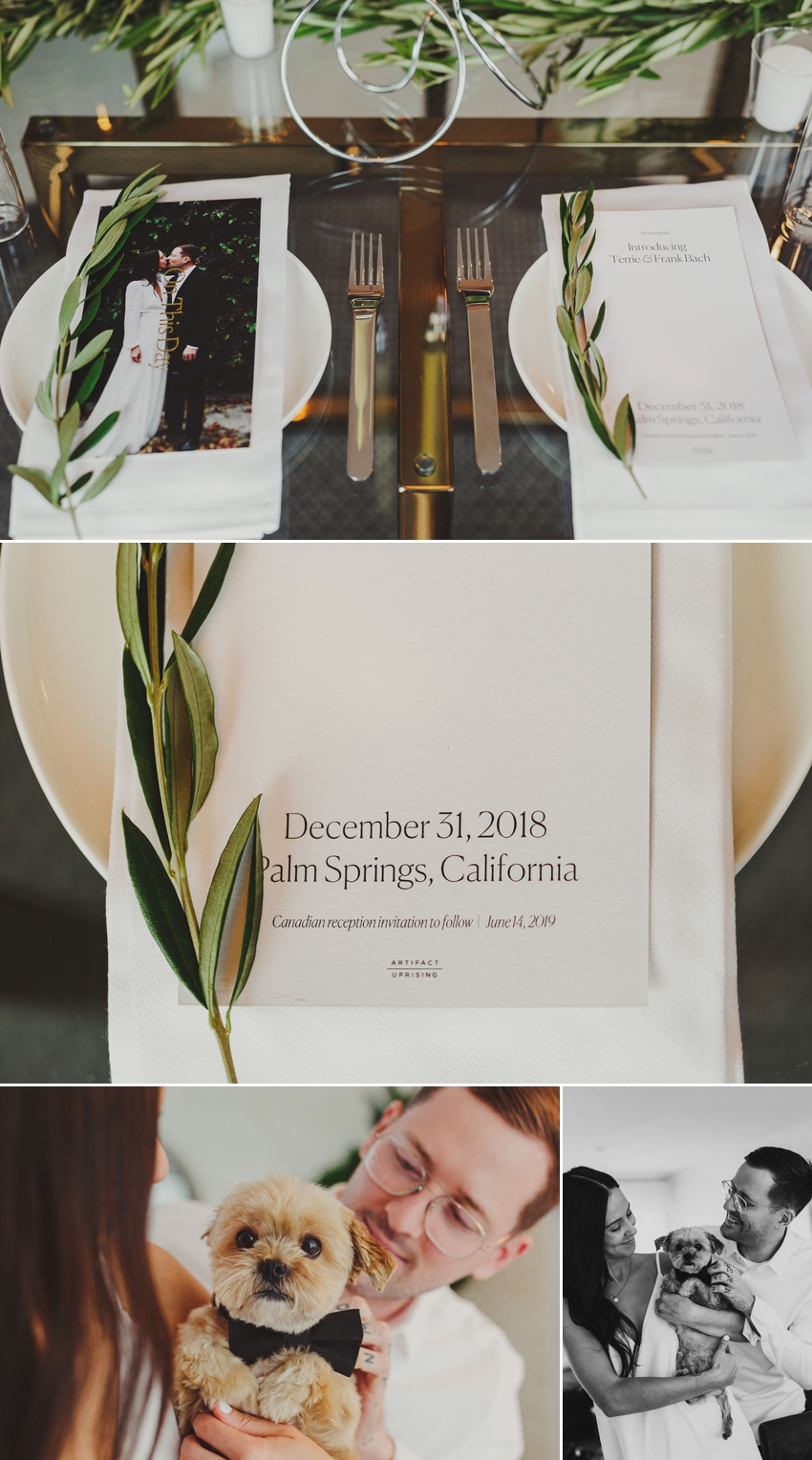 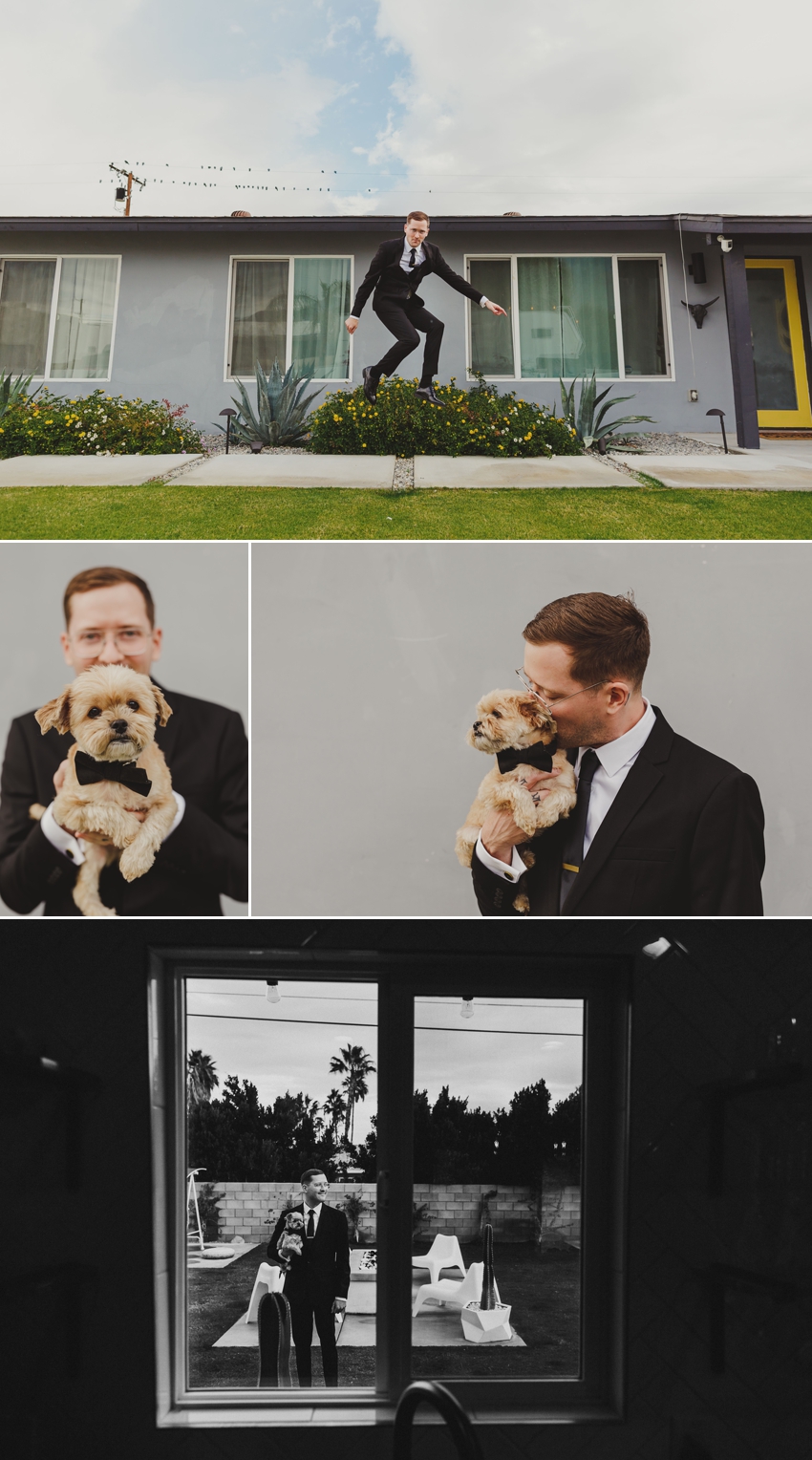 “To answer why we chose to elope in Palm Springs, we’ve lived in Los Angeles for the past 3 years but are Canadian. A few months before we made the move in 2015, we had a trip planned to Brazil but the night before we flew out, we realized we needed tourist visas (which we didn’t have) so had to quickly reroute to another location. We happened to pick Palm Springs because it was on our list of places we wanted to go. We also knew it would be hot and there happened to be a ton of flight/hotel deals at the time (August…face melting season). Frank had also been interviewing with a company in LA and we heard back that same night that he got the job, so it all kinda felt freaky-stars-aligning-meant-to-be. We ended up driving to LA on that trip and got the first apartment we looked at, which we still live in today. We completely fell in love with Palm Springs then and have been back a bunch since. The weather, the energy, the mountains…it’s perfection. Sorry if that was information overload!”- The Palm Springs Bride 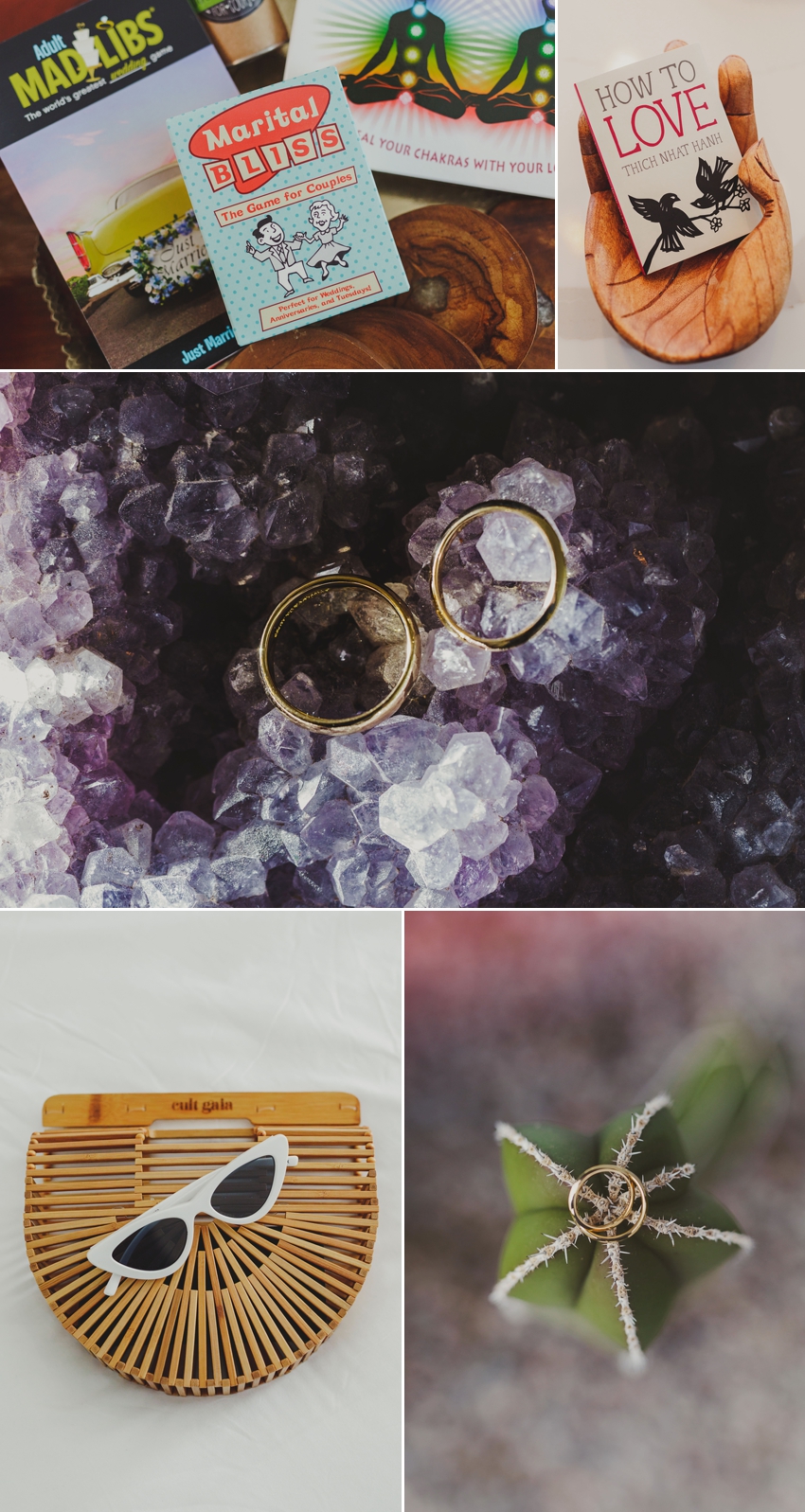 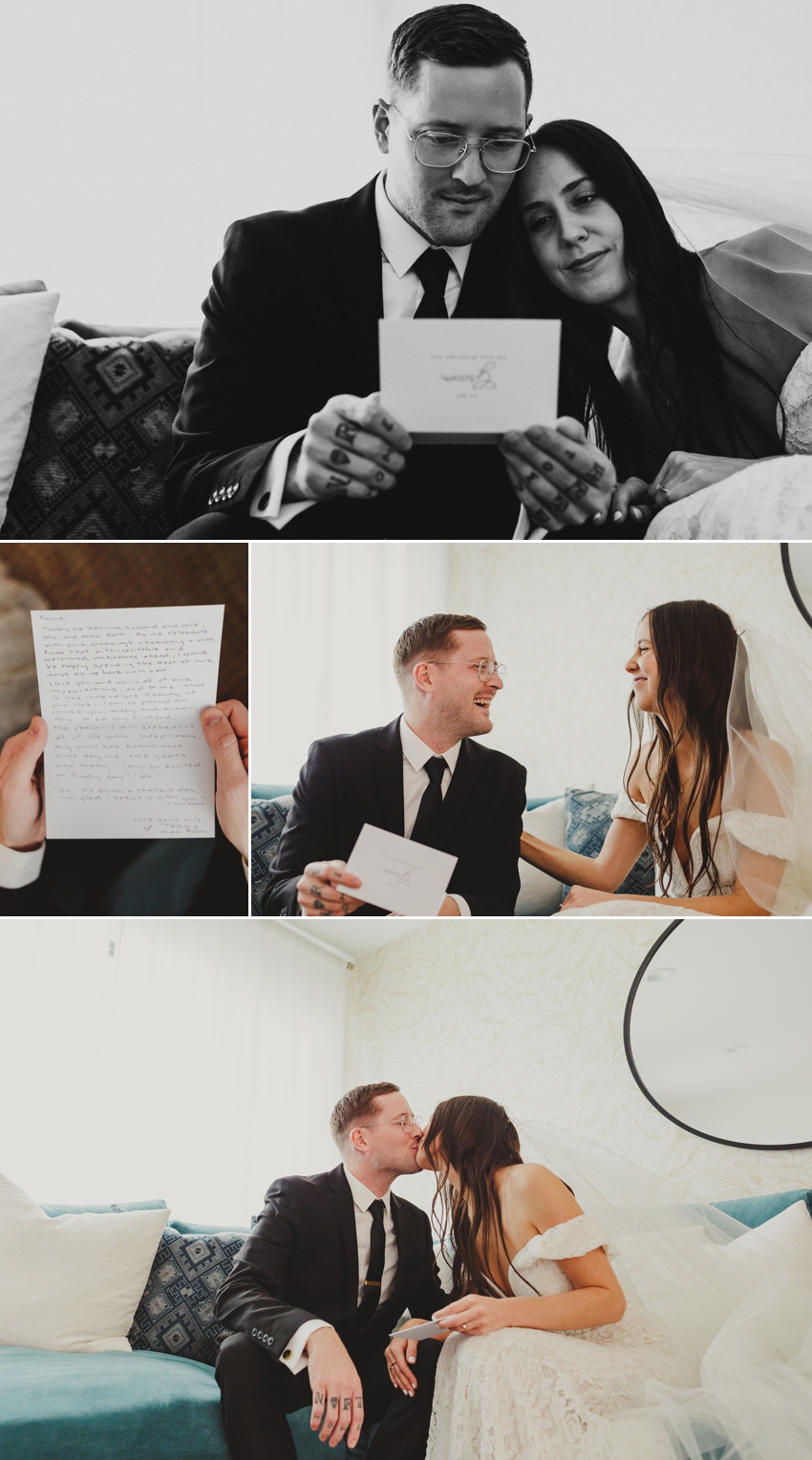 “We actually grew up in the same small-ish town (north of Toronto)…we were friends in high school and were really into each other but never single at the same time. 7 years later (!!!), I was going home for Christmas and realized we both happened to be single and this could finally be our time to connect. It was total fireworks, we spent the entire Christmas break together (sorry Mom and Dad), I extended my trip last minute so we could ring in the new year together…and that’s the night we sealed the deal and officially became a couple. So New Year’s Eve is our anniversary and we actually celebrate the whole week leading up to it every year as part of our anniversary week, since that’s how it all started!”- The Palm Springs Bride

Terrie and Frank, you are both two incredible people and I am so glad in the infinite cosmos you found each other. I wish you both the absolute best this life has to offer and will leave you with the Carl Sagan quote that was recited during your Palm Springs elopement:

“For small creatures such as we the vastness is bearable only through love.”

Thank you for allowing me to be a part of such a significant day in your lives! Those interested in viewing more Palm Springs weddings can check out Andrew and Grace’s recent wedding at Frank Sinatra’s estate!