Rachel and Julius were searching for a quiet spot in the desert for their intimate wedding but wanted to choose a location that was warm, secluded, and unique. After checking out some venues in Palm Springs, this adventurous couple decided that the spot that sang to their hearts was the Salton Sea. Now, Salton Sea weddings are certainly uncommon given that there really aren’t any traditional wedding venues in the area, but if you are looking for a private beach ceremony than the Salton Sea is perfect. Rachel and Julius’ wedding ceremony was right on the shores of the lake right on Mecca Beach Campground. This took place during the harshest light of the day, but we rocked the wedding photos in the bright sun before cruising around Coachella for portraits. Below is a handful of Rachel and Julius’ Salton Sea wedding.

Can I Get Married At Salton Sea?

Absolutely! In fact, Salton Sea weddings are a great idea given the area is relatively quiet and the fee to enter some of the popular campgrounds for day use is only $7. Couples who want to have a beach wedding at the Salton Sea can choose from Mecca Beach Campground, Salt Creek Beach, Corvina Beach, Red Hill Marina, or Silver Sands. The photos from this Salton Sea wedding were captured in the middle of the afternoon at Mecca Beach campground.

Does The Salton Sea Smell?

One thing that couples thinking about a Salton Sea wedding should consider is the time of year they get married. The reason is that during the warmer months the Salton Sea can smell a little funky. This is because around the Summer months it is common for hydrogen sulfide levels to get elevated which results in the Salton Sea smelling a little like rotten ass. And let’s be honest, that really is not something you want on your wedding day. So the South Coast Air Quality Management District would probably recommend anyone getting married at the Salton Sea plan for a wedding between November-February. 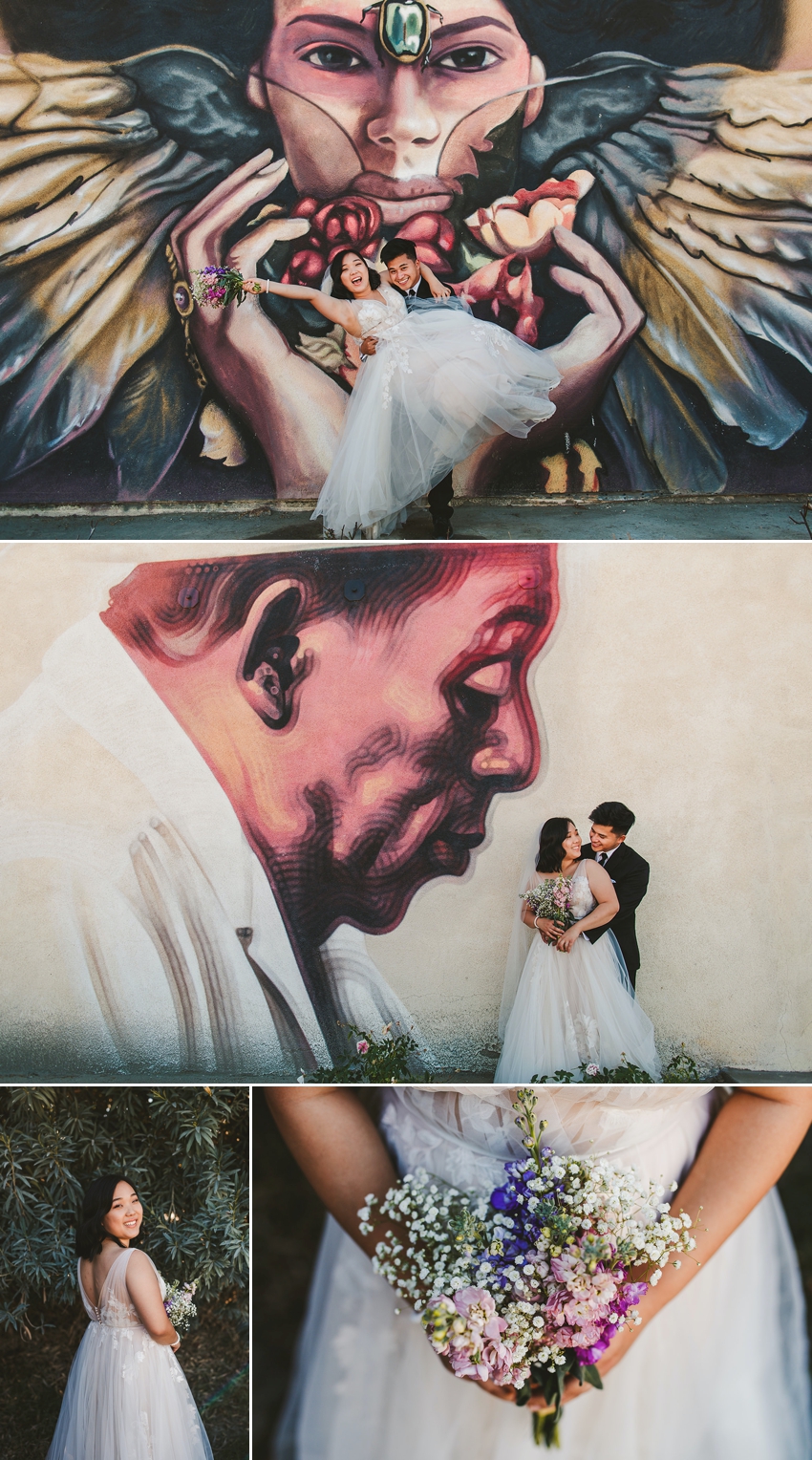 Below is the location of Rachel and Julius’ Salton Sea wedding ceremony.