When I first connected with Kevin and Deena the conversation basically revolved around hockey and excellent craft beers. So needless to say we pretty much got along really well really quickly! Of course, we did spend about 6 minutes talking about wedding photography as well. Throughout the NHL playoffs we were all rooting for a Capitals/Sharks Stanley Cup Final, but alas the stupid ass Penguins completely ruined everything for everyone. We shared many text messages where the tone was anger, more anger and a little more anger as the Penguins knocked out the Capitals and then the Sharks en route to a Stanley Cup. Even as I type that I still feel the smoldering embers of anger. Oh well…it is a new season now so let’s focus on the positive and that is excellent beer! I say beer because not only did Kevin and Deena choose a local San Diego brewery as the location for their engagement photos, but they were both so freaking awesome they brought me a couple pints of my favorite beer from up north, Pliny the Elder from Russian River Brewing. If you are a fan of IPAs and have not tried this beer you have no idea what you are missing in life because Pliny the Elder tastes like the first time I saw boobs. I don’t know if that makes sense but it does not make sense to me a person who calls themselves a lover of IPAs has not had a Pliny the Elder before so lets call it even. As I mentioned, the engagement session started at a San Diego brewery called Modern Times, which was a cool little place with what I would describe had middle of the road beers. But not only did Kevin bring me a couple Plinys’ he also picked up my tab so high fives and ass pats for that gentleman! Honestly, this engagement session was rad even though we had a lot of twists and turns because of the rain that came down off and on, forcing us to take refuge in the brewery at times, which really was not the worst place to be during a rain delay. Chaotic and unpredictable would be the easy way to describe this San Diego engagement session, but I would rather go with simply good times hanging out with good people while snapping photographs. Cheers to Kevin and Deena! I seriously can’t wait for the party next September in Northern California. Cheers! 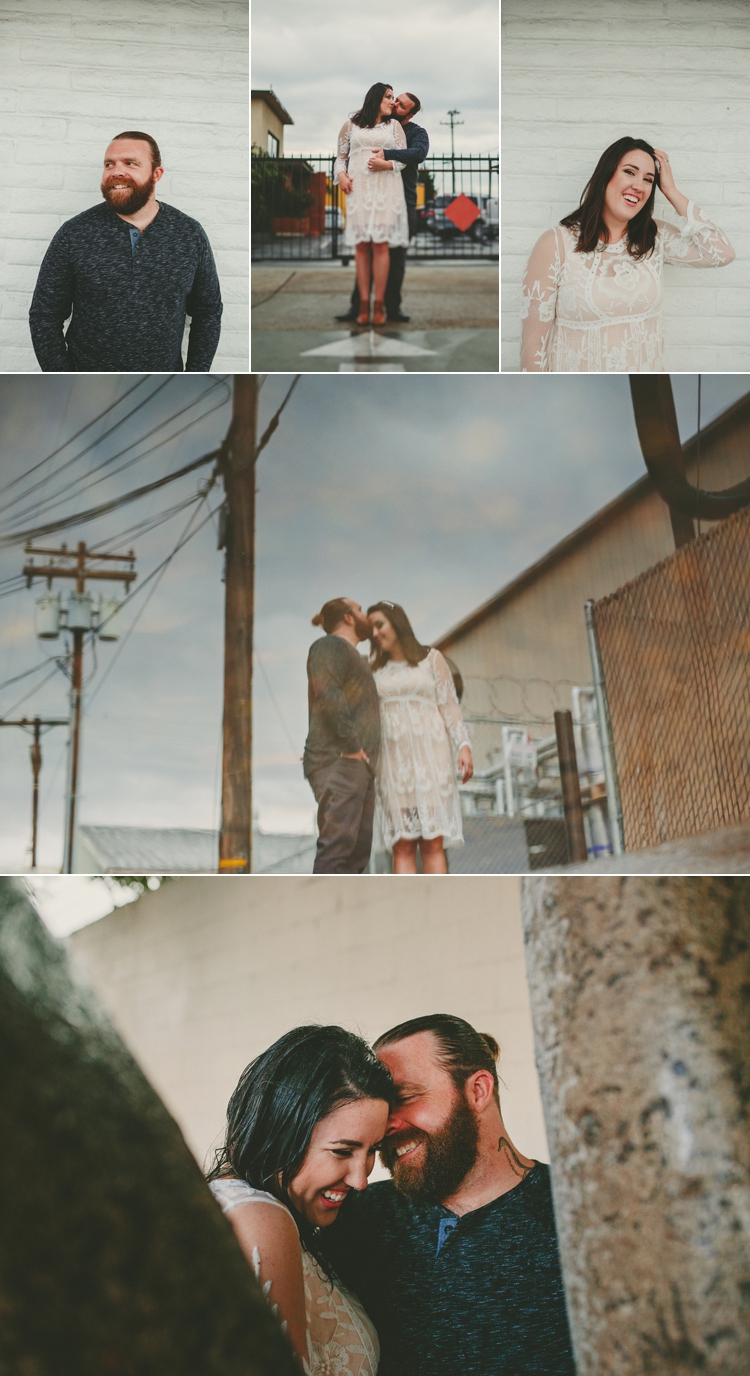 All of the above engagement photos of Kevin and Deena were captured at Modern Times brewery in San Diego, California and the surrounding area (walking distance) by Palm Springs wedding photographer Ryan Horban