When it comes to places for getting married, one of the most romantic ideas might be a San Francisco elopement. Between the Golden Gate Bridge, the views of the bay, the many parks, the fog, the Presidio, Pier 49, the crashing Pacific—San Francisco is an incredibly romantic city! So if you need a little help planning your destination wedding on the west coast (the best coast), consider this your elopement San Francisco guide 2020! 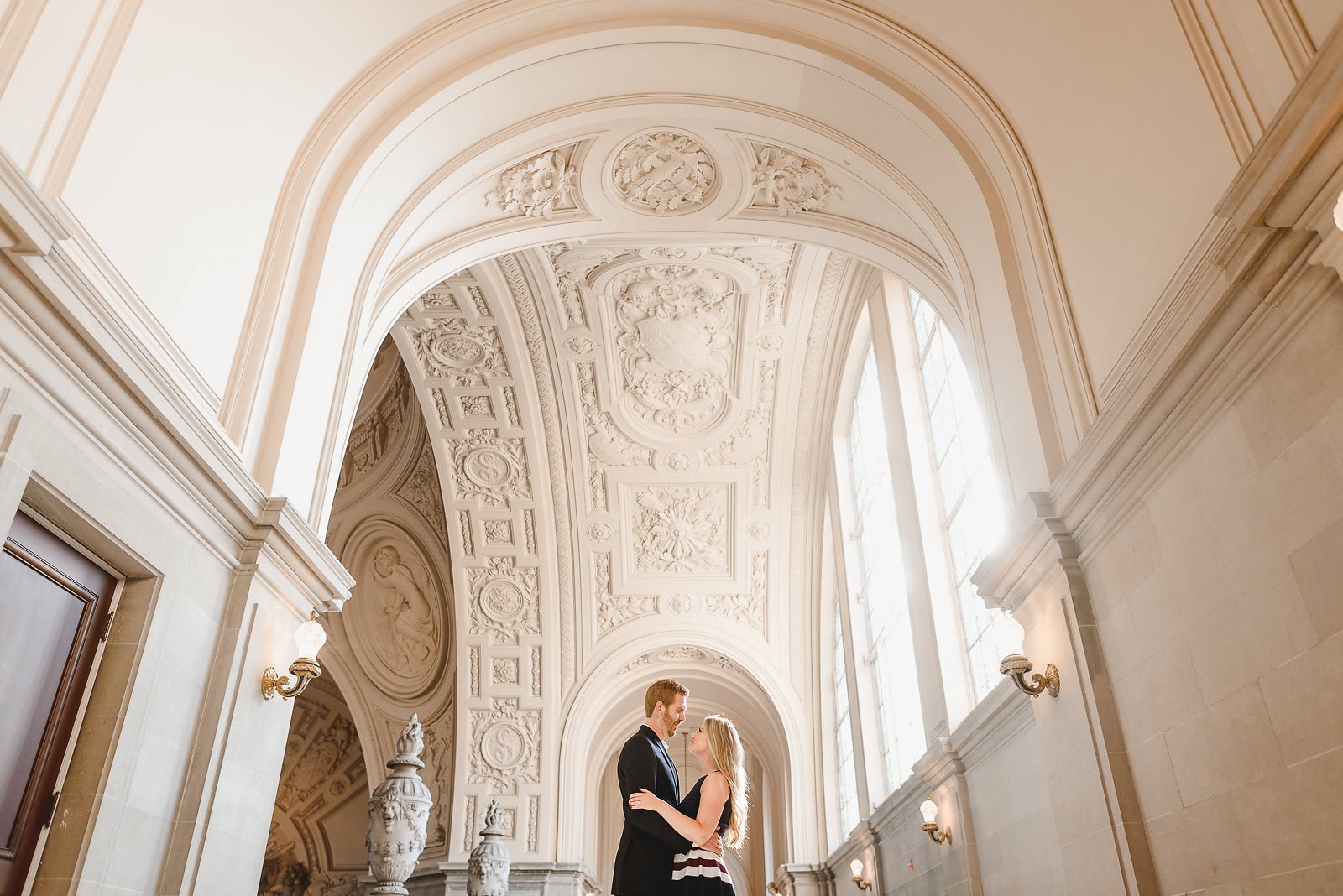 What Do I Need To Get Married In San Francisco?

While exact specifications may vary depending on where you are getting married, you will at the very least need the following for your San Francisco elopement:

Finally, while a California marriage license is valid for anywhere in the state, marriage by proxy is not allowed in California. 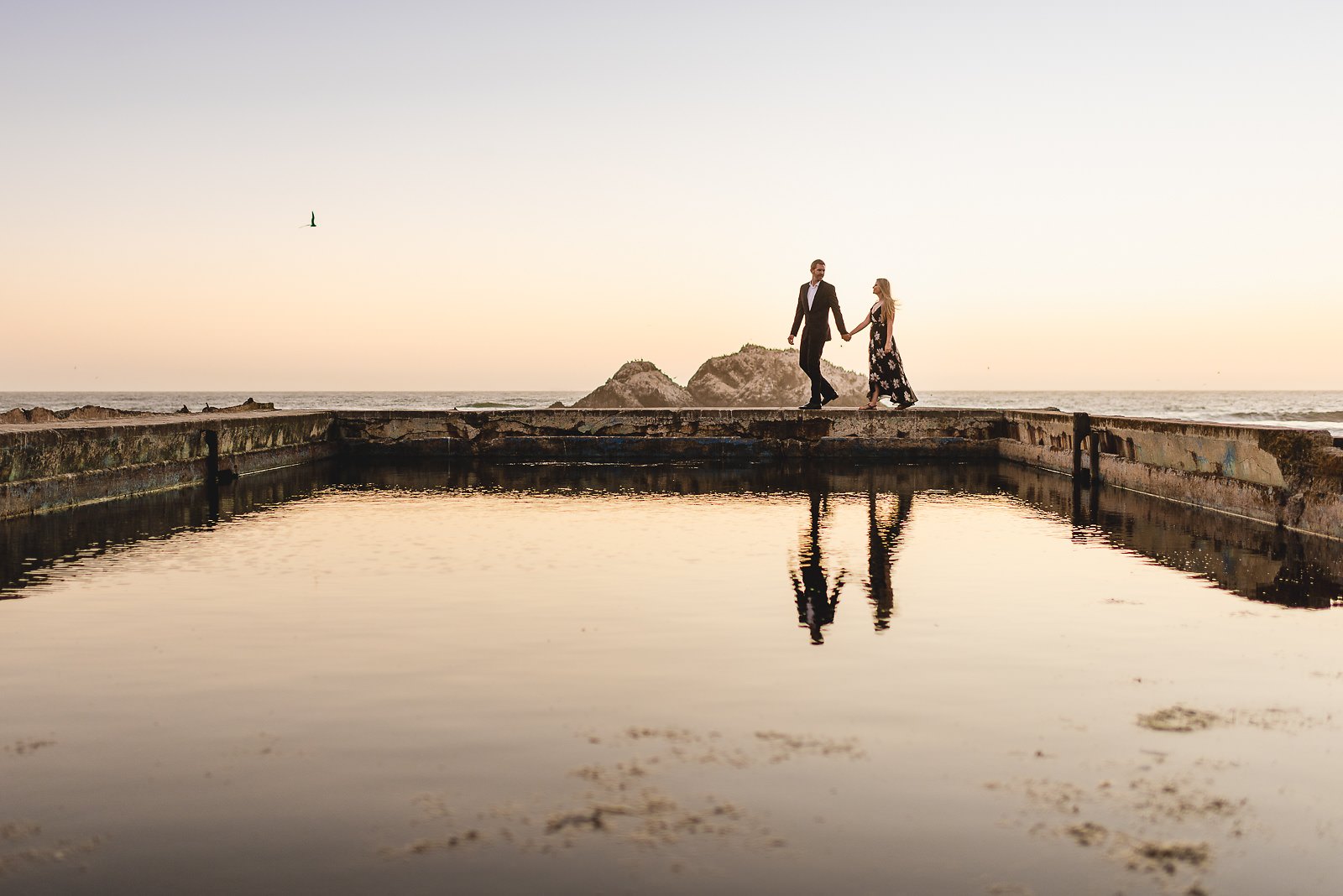 Best Time To Get Married In San Francisco

Your own individual preferences will likely help dictate the best time of year for your elopement San Francisco. September and October are the most popular months for bay area weddings and San Francisco elopements. November to March is the historic rainy season in San Fransisco, so keep that in mind if considering an outdoor wedding. If you’re determined to have an outdoor spring wedding, May is most reliably dry.

Finally, if you really are considering a quiet low-key San Francisco elopement, consider getting married during the week; Monday to Thursday (and specifically mid-day times during the week) are the most likely to be quiet and cost you less. Similarly, consider times of day when it comes to weather: Wind is less of a consideration in the morning (it generally starts to pick up mid-morning and through the afternoon in the bay area), and fog is less likely in the afternoon (it generally burns off by noon or so).

Maybe you don’t want to start your marriage off $50,000 in debt. Maybe your family members are a little (or lot) over-bearing, which is making the entire wedding planning process a nightmare. Or maybe, just maybe, you simply want to have an adventure with your significant other and have a whirlwind destination elopement in one of the most unique cities in the country. The reason why you are looking into San Francisco elopement packages does not matter. The only thing that does matter is that you have the most incredible experience in San Francisco as you and your partner begin your journey together as a married couple. So let’s crack open that champagne and get ready to have some f**king fun! Couples looking for San Francisco elopement packages typically invest in anywhere from 1-3 hours of San Francisco elopement photographer services. Here is a breakdown of that cost per hour

As a destination wedding photographer, I am thankful to have seen so many incredible places and San Francisco is easily one of my favorite spots. With a long history, tons of romantic things-to-do, and amazing vegan food, there are so many reasons why adventurous couples choose to elope in San Francisco. I currently offer a number of different San Francisco elopement photography packages for the madly in love looking to say, “I F**king Do!” on the west coast. So if you want to enjoy every moment of your wedding day instead of dealing with crazy timelines and an endless amount of mason jars, please use the contact form below, and let’s talk about giving you the most authentic, unposed, San Francisco elopement photos guaranteed to make all your single friends jealous. And of course, your married friends who did not have the balls to elope and wish they did!

How Much Is A San Francisco Elopement Photographer?

The average hourly rate for a San Francisco elopement photographer is approximately $800, with many photographers charging between $1500-$2500 for basic elopement packages in SF.

There is obviously no shortage of amazing elopement San Francisco locations, so if you are looking for unique venues in San Francisco for an intimate elopement here are some of the

Bonus tip: Make sure to visit Land’s End Lookout and Sutro Baths during golden hour if you want your San Francisco elopement photographer to capture some truly stunning photos that epitomize the SF coastal vibe!

Of course, few locations could be as iconic as a City Hall San Francisco elopement. Two full city blocks long, San Francisco’s City Hall is an architectural marvel, with both indoor and outdoor locations for an intimate ceremony. Options vary, from places that can be rented (like the Mayor’s Balcony) to locations that are available for free (such as in the rotunda) provided certain requirements are met. 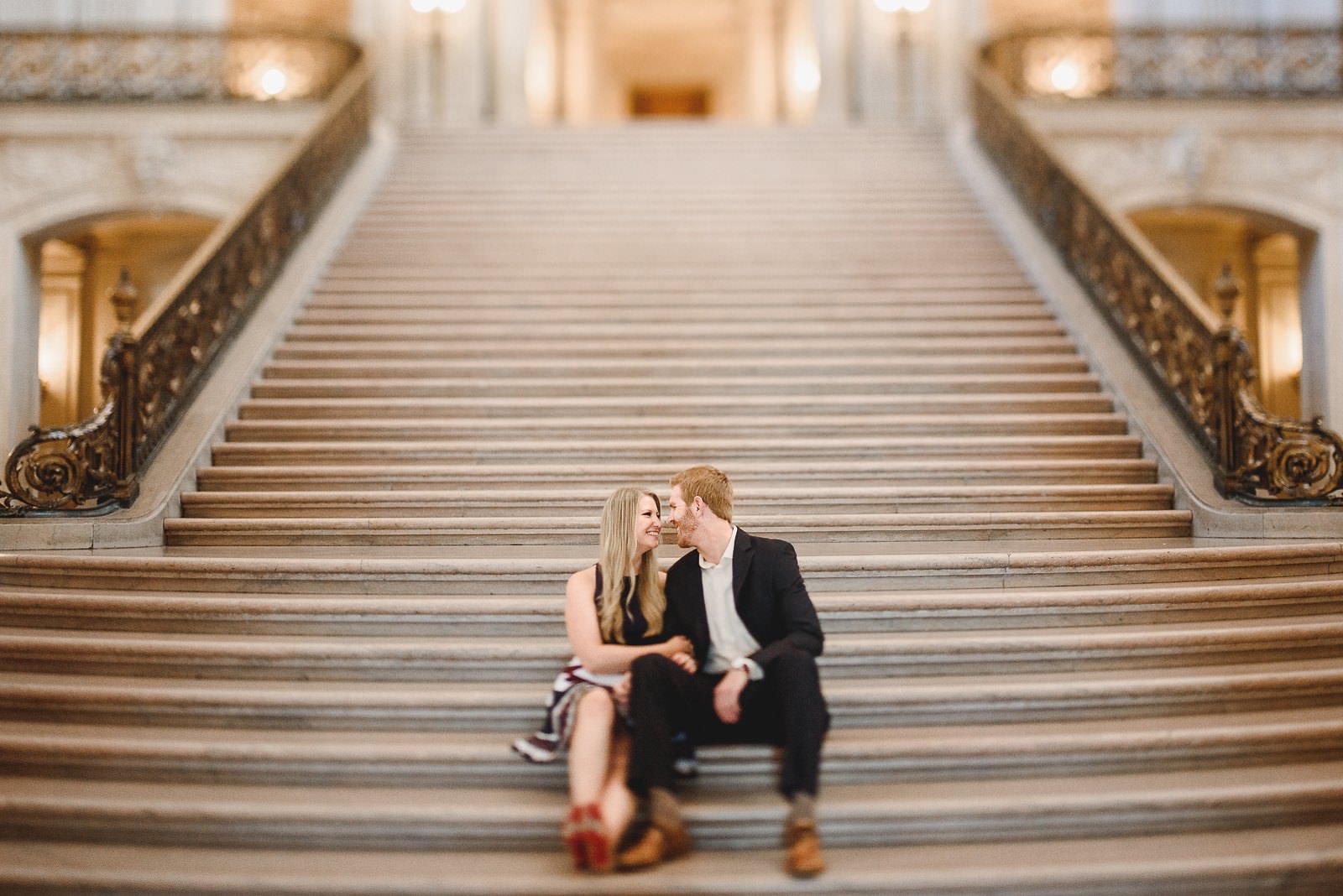 How Much Does It Cost To Elope San Francisco?

Of course, one of the best parts about a San Francisco elopement is how relatively affordable it can be! Let’s look at some of the most likely costs: