Well, I think it is safe to say that I had 9/9/2017 circled on the calendar for Kevin and Deena’s Spreafico Farms wedding in San Luis Obispo for over a year. Don’t get me wrong, I get pumped for every wedding, engagement session, and even family photoshoot, but with these two awesome people from Northern California, things were a little different. Maybe it was the endless texts back-and-forth during hockey season, the countless discussions regarding the best IPAs, or maybe it was the late-night penis pics Kevin and I shared in moments of drunken intimacy/male bonding. Who knows exactly, but what I do know is that when it was time to head up to San Luis Obispo to photograph their barn wedding I was beyond ready to rock. I could go on and on about how freaking cool these two are, but you probably only got about a couple of minutes to keep looking at your cell phone before you have to a) engage in conversation with your significant other b) turn out of your driving lane or C) get off the toilet. Below are some of Deena & Kevin’s wedding photos at Spreafico Farms in San Luis Obispo. Cheers!

The wedding ceremony site at Spreafico Farms was pretty freaking epic. As a wedding photographer, there was plenty of space for me to move and groove from different angles without getting in people’s field of view. From the wedding guest perspective, the ceremony was located on the top of a hill that offered a 360-degree view of the valley. In fact, the whole setup at Spreafico Farms was really rad from the wedding ceremony site, barn reception and property hosts (Brandon) who do an awesome job communicating and helping the vendors, guests and wedding crew. 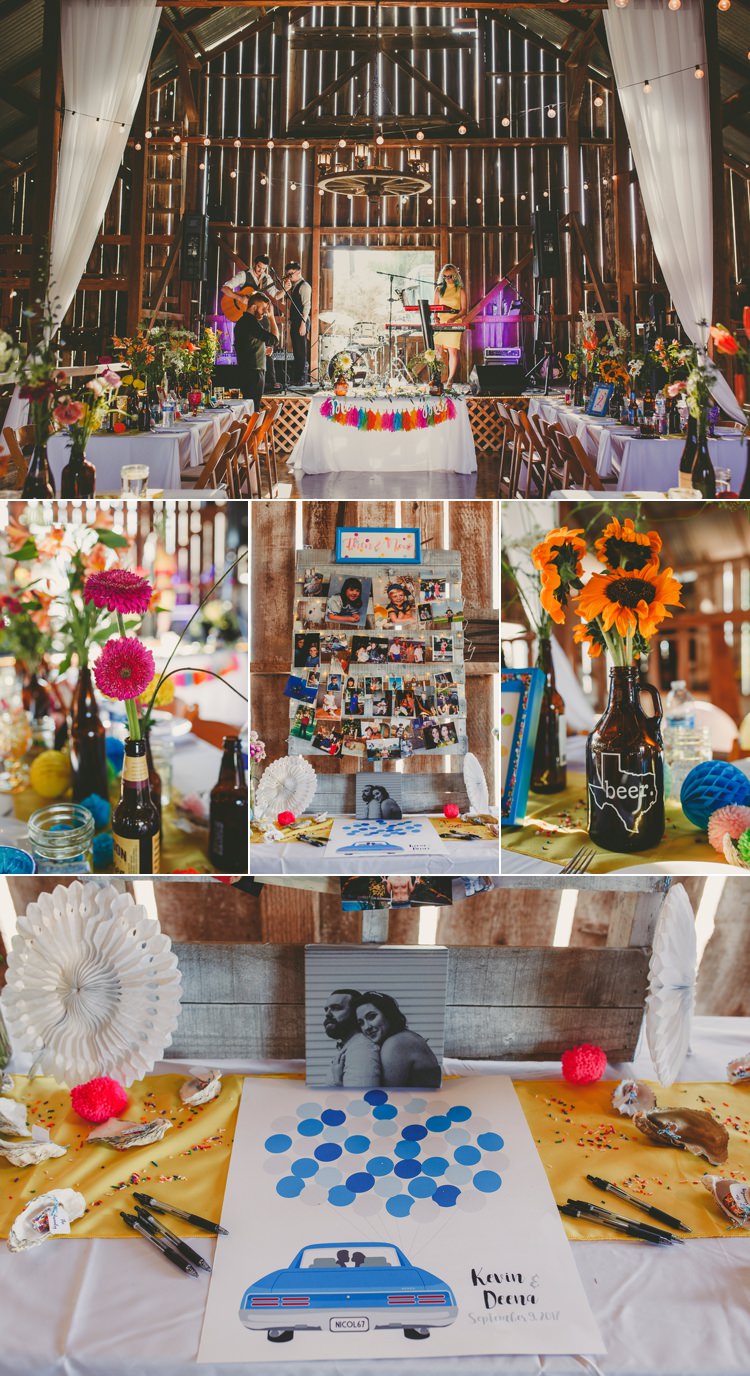 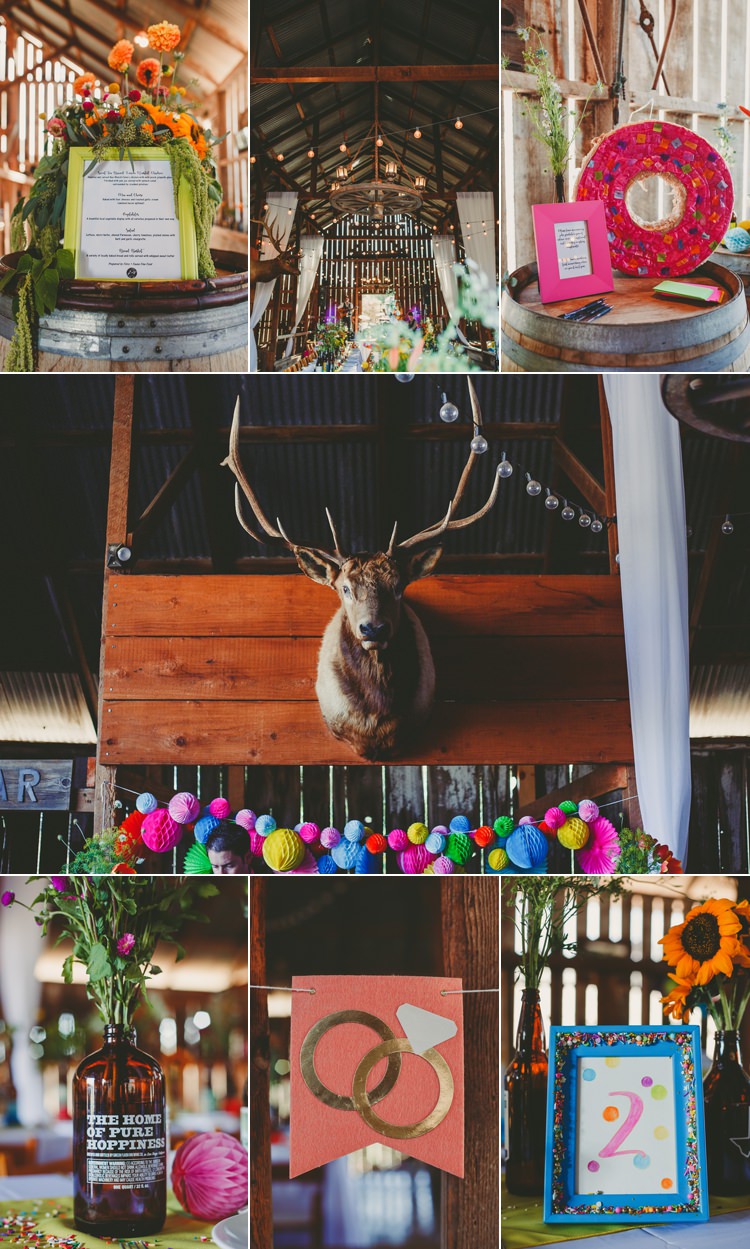 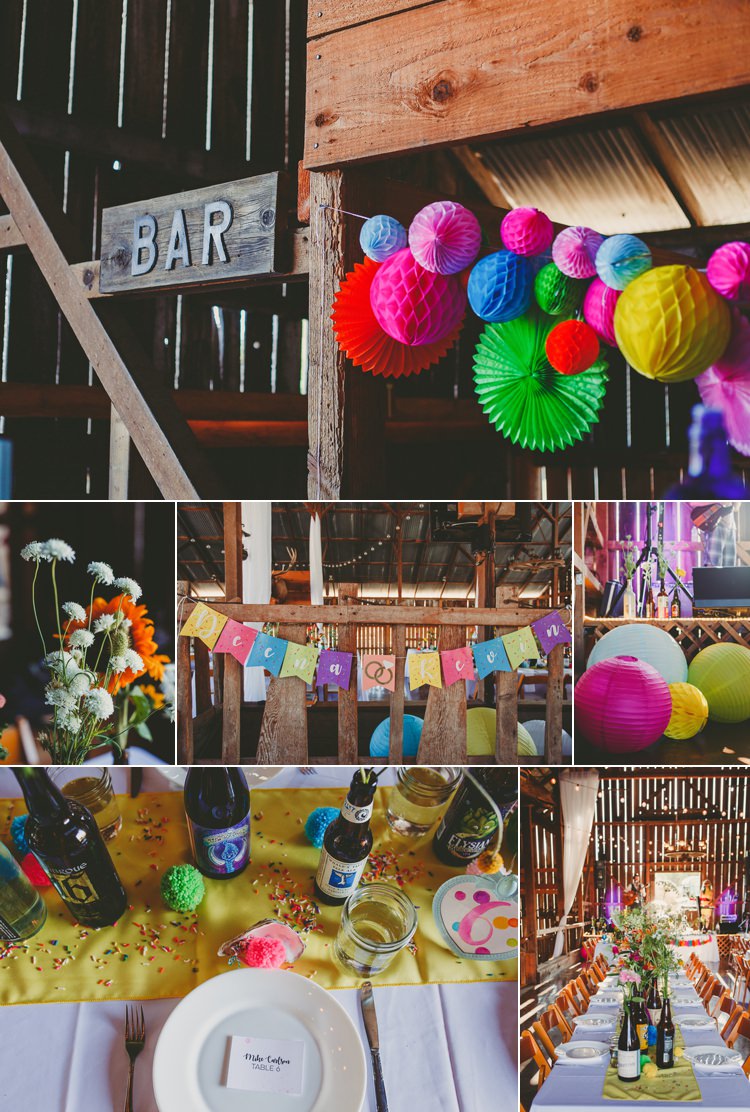 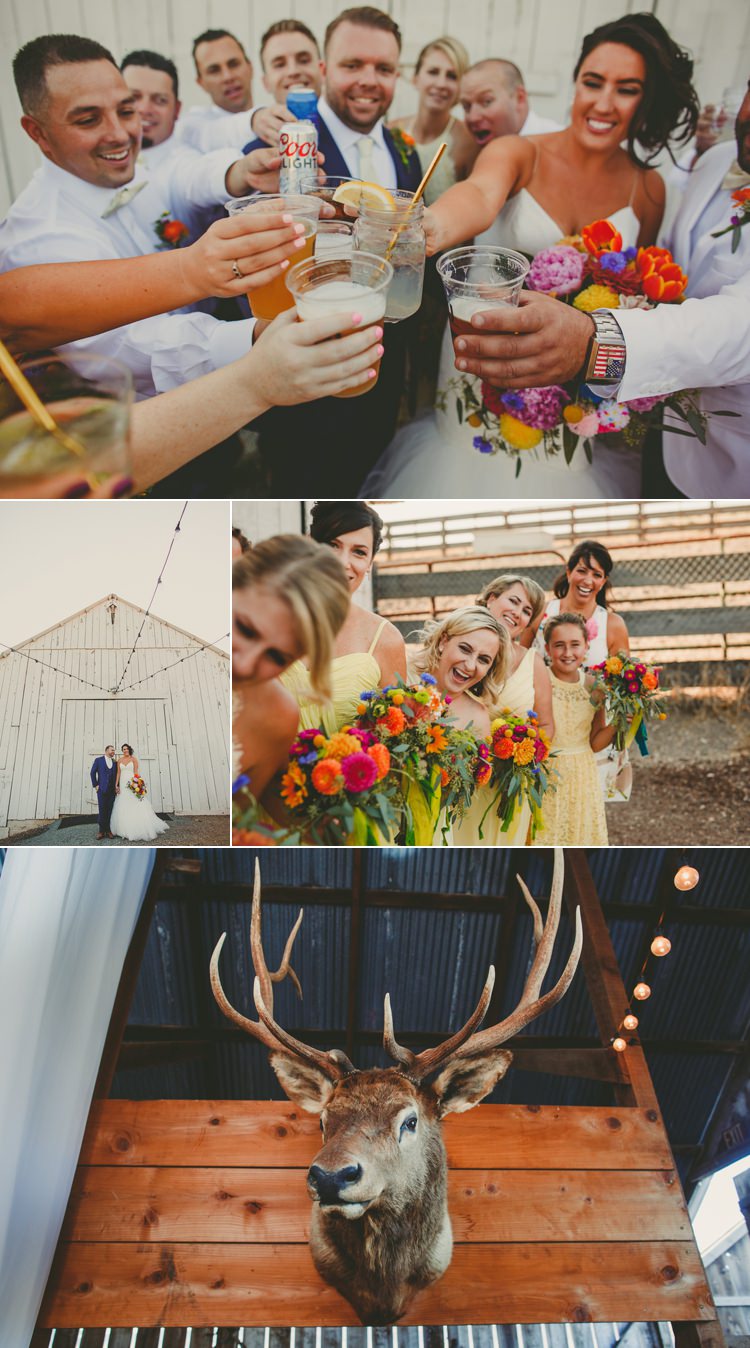 There were a ton of rad moments during Kevin and Deena’s Spreafico Farms wedding so choosing one is seriously no easy task. I mean Kevin quoted Al Bundy in his wedding vows, a beer truck delivered an amazing assortment of craft beers to everyone, and the best man talked about having the groom’s penis in his mouth during the toasts. I must note that the last part is not as creepy as it sounds, and it did get everyone laughing. However, it must also be noted that the story was true. The details are irrelevant but hilarious. So yeah there were some awesome moments that went down at Spreafico Farms, but no moment was better than when Deena’s wedding dress straps snapped. Don’t worry because the wardrobe malfunction did not result in any boobs being released into the wild, but what made the moment awesome was how Deena handled it. She quickly improvised and tied the broken straps around her neck and just kept dancing the night away. Resourceful, resilient and ready to adjust on the fly with a smile. You rock Deena!

I really can not express how fortunate I was to cross paths with Kevin and Deena. These two humans were so much more than a cool bride and groom whose wedding I was able to photograph. They are both thoughtful, intelligent and awesome people. Deena was a completely chill and organized bride who had good vibes from the start of the wedding planning to the end of the wedding reception, and Kevin sent me home with a cooler full of amazing craft beers. I must add that while driving up to San Francisco for an engagement session after Kevin and Deena’s Spreafico Farms wedding, the ice-chest spilled over and a beer exploded. But it is not his fault at all because I am an idiot for not securely packing the ice-chest properly. I absolutely deserved to drive in a car that smelled of booze for 8 hours. In all seriousness, THANK YOU, Kevin and Deena, for everything!

In closing, I would like to add that a groomsman peed the bed after the wedding. This urination event really is not “wedding” related but I felt it had to be mentioned somewhere. The clean sheets fee was $150.

Those interested in checking out more weddings in Northern California can check out Crystal and Keith’s wedding photos at Sand Rock Farm in Aptos, California. Also, please know that all these images are copyright protected by Palm Springs Wedding Photographer Ryan Horban (That is me) so don’t be a dick and steal my photos. If you want to use anything on my website just shoot me a message.