Whenever you are scheduled for an introductory meeting with a new soon-to-be bride and groom probably the last thing you want to do is tell them that you will be wearing a sleeveless tee-shirt and doped up on pain pills. However, that is exactly what I said to Hiroki and Sandy before our first Skype meeting. The reason wasn’t because I’m some pharmaceutical junkie who blow jobs old men for OxyContin, but because at the time we began emailing each other about their wedding I herniated two discs in my low back. It totally sucked for me, but planning a wedding can also suck so I figured we were both in the same position. Since we understood each other’s pain (Hiroki has a background in physical therapy), we decided to focus on the positive sides of life and get chatting! And honestly I am glad we did because these are two really amazing people I am stoked whose path crossed with mine. But before we get into all the details regarding their Tustin Ranch wedding in Southern California let me first give you some background information about this couple!

Hiroki and Sandy met about 10 years earlier as under graduates at Berkeley. Some say it was love at first sight, some say Sandy just kept looking at Hiroki because during his freshman year he was the Golden Bears mascot for Cal Berkley. And let’s be honest, a lot of people were looking at him because everyone loves a mascot right? Even though temperatures inside that furry bear suit reached triple digits, Hiroki mustered up the courage to ask Sandy out on a date. At first she ignored him, but that was only because Sandy was not sure who Hiroki was talking too. Those bear suits aren’t very good with eye contact. But once Hiroki put his furry paw on Sandy’s shoulder it was instant romance. They shared stories about their career paths (Hiroki was just doing the mascot stuff until he completed his degree in physical therapy), countless laughs over vegan food and shortly thereafter found themselves smitten with one another. Dating turned into an engagement and an engagement turned into a wedding. Below are some photographs from the last part mentioned in the previous sentence. 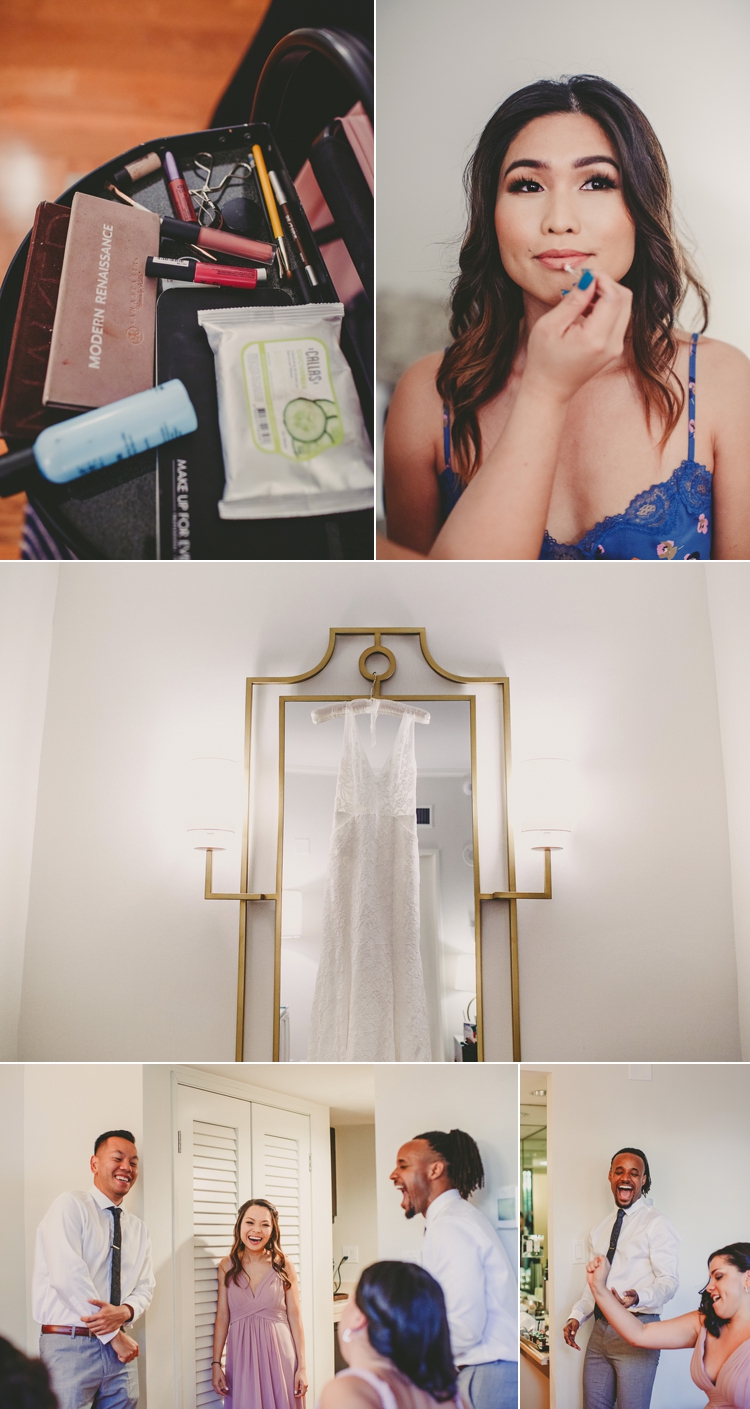 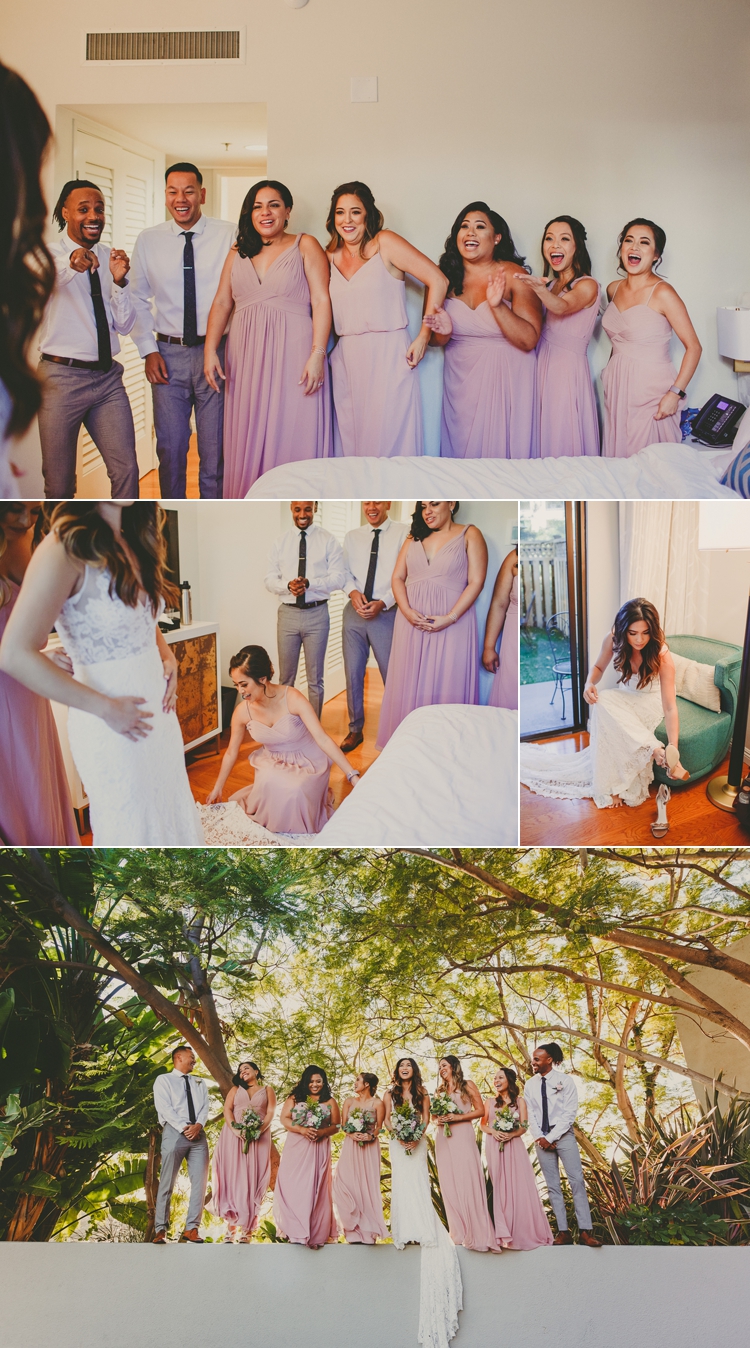 My Favorite Moment From The Wedding

Every wedding day is filled with rad moments that will make you smile so hard and long (that is what she said) that you might look like a mental patient. Hirorki and Sandy’s wedding was no different. There was so much laughter and good times going down at the Tustin Ranch Golf Club you would have thought someone was releasing nitrous oxide into the wedding reception. But alas I must pick a favorite moment from the wedding so I have to roll with the tail-end of the reception when Hiroki and Sandy were just rocking on the dance floor, slamming cocktails and being general bad asses. I cannot tell you how much I enjoy seeing a bride and groom on their wedding day just enjoying every moment and these two definitely did that! Good times.

Honestly, I’ve never been very enthusiastic about shooting weddings at golf courses for a couple of reasons. The first is because it seems as though there are a lot of distractions like golfers walking around or flying by on golf carts. The second is that golf courses are designed for golfers, not as wedding venues for brides and grooms. That almost always results in very limited areas to be creative and a general lack of unique architecture and design elements. But hey as wedding photographers we don’t get paid to make excuses, we get paid to take kick ass photos whenever and wherever!  So what I tired to do for Hiroki and Sandy’s wedding at Tustin Ranch Golf Club is capture wedding photos that did NOT have that golf course vibe. That meant putting the bride and groom in little spaces of greenery, side areas where I could shoot up for some negative space, and rocking close-up photos with the 50mm lens. 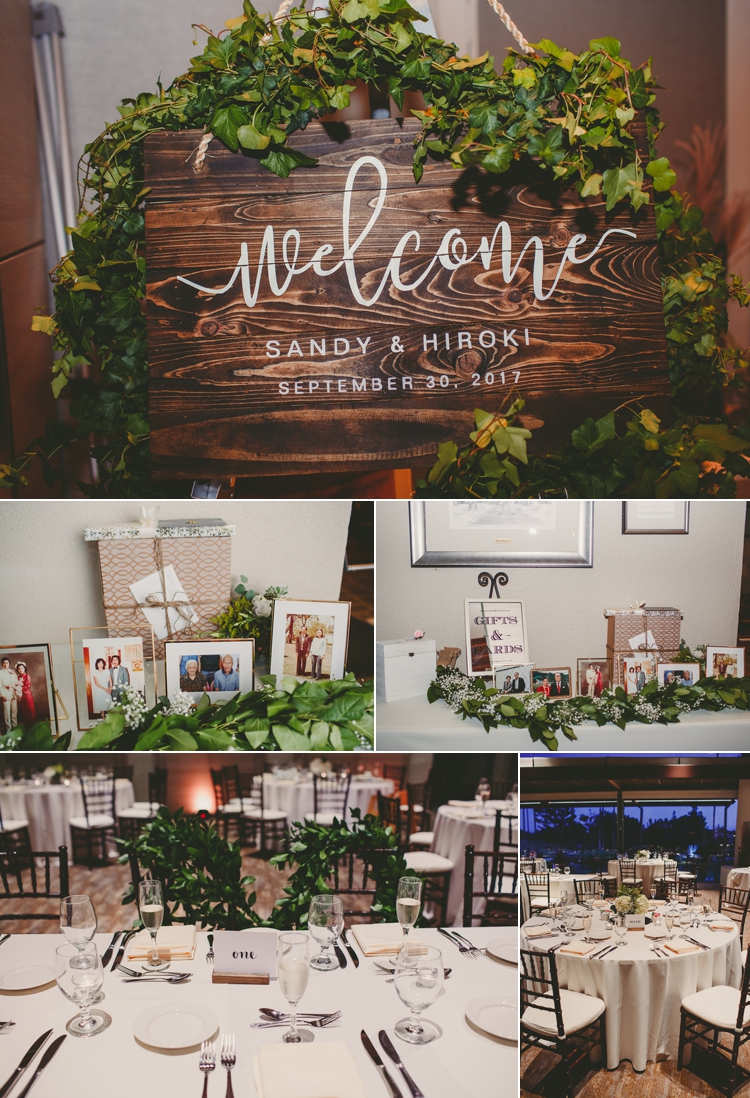 THANK YOU again to Hiroki and Sandy for allowing me to photograph your amazingly AWESOME wedding at Tustin Ranch Golf Club! You two really are fantastic, intelligent, smart and basically everything I hope to be in my next life! Cheers to you both! Oh and let me also give another big thank you to the talented Palm Springs Wedding Photographer Emi Fuji for second shooting this wedding with me!